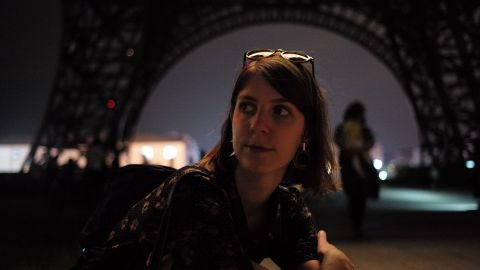 Noémi Gruner is born in Paris in 1991 and is graduated from the EMCA in Angoulême in 2D animation and in animation film in Paris. She is writing and directing short animation movies. Her first movie, LA COSTA DORADA, has been produced by Perspective Films and showed in more than 35 festivals. It won the Best 2D animation Award and the Best Narrative animation at the Animex Festival. She also worked as an animator on the short movie LES ORMES by Marion Desseigne (Perspective Film and Tu nous ZA pas vu) and as a decorator on the series ARIOL season 2 (Folimage studio, Canal+) or on LA TRAVERSÉE by Florence Miailhe (Les films d'Arlequin, la Ménagerie, Arte). She is currently working on 2 animation movies, TIAN DU CHENG, and LES ASTRES IMMOBILES in collaboration with Séléna Picque.